What Do Lumens Mean on a Projector?

There is nothing like watching a movie on a projector in your backyard with your friends and family!

This is exactly why most people are interested in investing in a good quality projector but various buyers are not familiar with the details of specifications of any projector, as a result they end up wasting their money on something that is not exactly feasible for them.

Hence, before buying a projector it is stressed that you consult an expert or do research on its specifications to prevent wasting your money.

One of the main features of any projector is the lumens rating, it plays a significant role in the image that is produced by the projector. The lumen rating also determines how the projector works in different light conditions.

Before we move forward with the article, you need to understand what a foot-candle is.

Now coming to how lumen is related to a foot-candle.

One lumen is approximately equal to one foot-candle that falls in an area equal to 1 foot. 1 lumen of light is not very much but when a large number of lumens combine, the amount of light produced is enough.

Deciding the number of lumens that will be feasible for you is based on Two Factors: 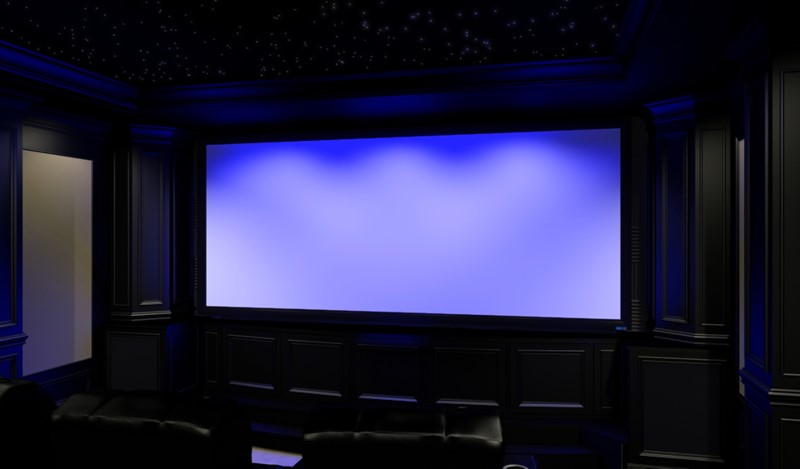 Apart from buying a projector with the correct number of lumens, also look for modes that are incorporated into the software.

For instance, in a conference room or similar mode, you will get more brightness than in cinema or movie mode in which light is cut down.

If you want some high-end 4000 lumens projectors, refer to our previous article “Best 4K Projector under 2000 Dollars”.

It will assist you to decide what kind of projector is best for you. For further details on what lumens means on a project refer to the frequently asked questions read below:

For understanding this, you need to understand what an ANSI Lumen is.

It is basically a standardized measurement by the American national standards institute which is used to rate or quantify the brightness of a projector.

For a lumen rating based on the ANSI, the brightness is measured by taking measurements in front of the projector lamp several times. These measurements are then processed and an average is found and that is the ANSI lumen of that particular projector.

The larger the number of ANSI lumen the brighter is the image.

Yes, they are the same but the way of describing and quantifying the parameter is different.

400 ANSI lumens means the lumens that fall on one meter exactly.

How Many Lumens is Enough for A Projector?

A very bright and lighted screen not only makes the audience uncomfortable but also causes unnecessary eye strain which results in headaches.

The required number of lumens depend on two things as mentioned above, the size of the image needed and the environment of the room. If you want a projector for your home use as an indoor projector anything between 1000 to 2500 lumens will work perfectly fine for you. It will not be very bright nor it’s too dark.

For business use, the lumen number should be something similar to outdoor projectors but in this case, the modes and other features play an imperative role.

Read all about Lumens on Wikipedia.

How Many Lumens do you Need for a Home Projector?

Before jumping to the number of lumens required by a projector used at home, you need to decide the kind of features and specifications you need.

On the contrary, if you would like a projector to play movies or matches in your backyard or playgrounds, it is advised that you go for a projector with more than 2500 lumen count of more than 400 ANSI lumens.

This will not only help in improving the quality of the image but also keep the quality intact if you have to convert to a larger screen.

We have compiled a small buy right now section with the best and high-end projectors present on the market so that you can easily choose the one that is best for you.

This is a mini projector that can be used as both a portable projector as well as a fixed one.

In comparison to other mini projectors, it is much brighter with a higher quality image. It supports a high resolution of 1920 by 1080 pixels.

It is compatible with almost all the media devices including TV stick, mac book, PCs, Amazon fire, iPad, iPhone and what not.

It is perfect for playing video games, movies, and dramas but the lumen count is low for business use.

If you want a projector for domestic use, this device with its three years warranty will not make you regret for a second.

This projector by Optoma is specifically constructed for use in home theaters.

It has a lumen count of 3000 lumens which gives you a very high resolution with a contrast ratio of 23000:1.

This helps in viewing HD movie via HDMI without losing the picture quality.

The vibrant colors and long lamp life makes it worth every penny.

Even though it is expensive as compared to the other projectors, but the image quality and the long life makes it a one-time expense.

It supports complete HD images and has high quality sounds effects as well.

This extremely reasonable projector not only promotes a superior image quality with the upgraded technology but also provides a big screen experience which is new for a portable projector.

Unlike other projectors, it also has a noise suppressor so that you can enjoy your movies and video games without any interruptions.

The large screen experience provided by this projector supports 5 feet to 17 feet large image without compromising the quality.

Moreover, it comes with a three years warranty, if you are not satisfied with the quality and features you will get a complete refund.

Projectors are a luxury that can help you enjoy the best movies with the best people around you but if you end up buying something that has low functionality and feasibility it quickly changes from a pleasant luxury to a pain.

Hence before buying a projector make sure you understand its features and specifications so that you don’t waste your time and money on something that will make you regret. The top three mentioned projectors in this article will help you in understanding what kind of projector is needed at home for domestic use.

2 Responses to :
What Do Lumens Mean on a Projector?