4K gaming, a very high resolution (4,096 pixels by 2,160 pixels) form of game play is fast becoming more accessible. In addition, this will be the new standard for the future. So, what do you need for 4K gaming? In this article I will help you understand what 4K gaming is all about and what the requirements are to enjoy that beautiful and stunning display of pixels in your own home.

Though a powerful (gaming) PC or gaming Console is still required to make all the pixels come out on a 4K monitor.
It is safe to say that 4K gaming is becoming cheaper and more expensive at the same time. Simply because the components needed to make 4K gaming possible, are becoming way cheaper than they used to be.

However, you still need to invest to enjoy it to the fullest.

Graphics cards like the Nvidia GeForce GTX 10-series and AMD Radeon RX Vega can be seen in the light of being a two-generation technological jump over former options. Thereby making 4K gaming more accessible to all and sundry unlike before.

Of course, more than a new and cool graphics card is needed to enjoy 4K gaming.

So, what exactly do you need for 4k gaming? 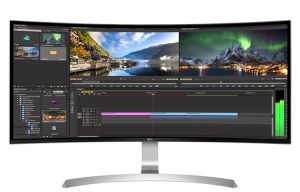 The first thing that needs to be looked into is the monitor which is very vital to 4K gaming.
As much as it is true that you might find yourself opening your mouth wide in surprise when you see the price of a 4K monitor in comparison with 1080p or even 1440p variants, the price has tremendously reduced of recent.

The first set of Ultra HD displays that were sold was for a mouth dropping price of $1,000. Recently, you can purchase a large number of 3840×2160-resolution displays in the range of $300 to $500. Keep in mind that you will have to spend more than that to enjoy premium features. You may have to adjust how Windows scales text as well as other features when using a 4K panel.

Preferably, a display of at least 27 or 28 inches wide will do just fine. There are some 23-inch 4K displays available too and obviously cheaper. However, 3820×2160 pixels don’t fit well on those kinds of screens due to their size.

Changing the windows’ resolution scaling can help, but the fact is that not all programs support it. It is just good to go for a full-sized monitor and ensure you check out PCWorld’s 4K monitor guide for all you need to know when it comes to picking out a 4K “Ultra HD” display.

The particular 28 inch monitor is also important in deciding how enjoyable your 4K gaming experience will be. For example, the AOC model supports FreeSync which is the AMD’s variable refresh rate technology.

FreeSync as well as G-Sync which is Nvidia’s competing technology has the ability to synchronize the refresh rates of your graphics card and monitor, ensuring there is no tearing and stuttering. The resultant effect of this is a far smoother gameplay experience. 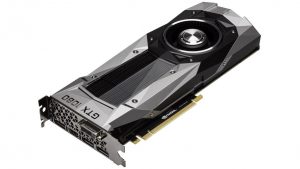 A typical 4K monitor demands four times as many pixels which would have been required by a high-definition 1080p display. Hence a very powerful GPU will be needed to make that resolution possible while ensuring that the in-game frame rate is not messed up. A first-gen 4K GPU is recommended especially when using a 30fps console or a Freesync or G-Sync monitor.

The GeForce GTX 1070 and Radeon RX Vega 56 will also do a good job because they deliver a high performance that is a little bit higher than the last-gen powerhouses at a much lower price. It is however important to note that pairing them with a FreeSync or G-Sync monitor produces a better result

The only consumer video card that can power 4K games at 60 fps which has virtually all of the graphical bells and whistles enabled is the GeForce GTX 1080 Ti. It is amazingly powerful as it delivers a whopping 25 to 35 percent more frames than even the GTX 1080.  It is of course not cheap at $700 MSRP, however, it ensures you get a far better cooling and maxed-out gaming performance.

Read more about “The Best Graphic Cards (AMD and Nvidia GPUs) 2018” on Expertreviews.co.uk

You will be missing out of so much fun you would have enjoyed when investing a little more. For example, these budget friendly alternatives struggle with high graphics when used to play many modern games. You even need to reduce graphics setting to medium for them to cope with just 30fps. What is the essence of 4K gaming when you have to water down the graphics quality?

Well, if you don’t mind letting go of that large chunk of fun to hit roughly 30fps, you can make do with the PlayStation 4 Pro as well as the Xbox One X. Especially the X box One X, which will offer you a good return for your money.

Other components, apart from the monitor and graphics card, may have to be upgraded to ensure an enjoyable gaming experience is attained. The most important is the power supply. A 500-watt power supply will be needed for example for the GTX 1070 and GTX 1080, while it is recommended that you have a 600W for the GTX 1080 Ti according to Nvidia.

Xbox One X vs PS4 Pro 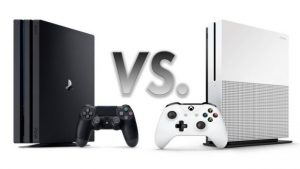 Any hardcore gamer would like to have a full blown gaming rig with all the bells and whistles. However if you are on a budget, the PS4 Pro or the Xbox One X will suit your needs perfectly.
You will be able to play all top video games on full and native 4K at 60fps.

Although the PS4 Pro can be different.
Certain games are developed to run at 30fps/4K or they will use upscaling techniques to make it look like 4K.

The big advantage of Xbox One X is that all Xbox One games are optimized to play at full native 4K gorgeousness.
You are also given the choice in which setting you want to play, be it at Ultra HD for mouth watering graphics or at 1080p for optimized performance.

Do you need more details and want to know more about 4K HDR Ultra HD Gaming? Check out the video below:

Do You Want to Best Gaming Experience?

Without any form of controversy, the truth of the matter is that it is increasingly becoming cheaper to have access to 4K gaming due to the technological advancement in graphics and reduced cost of getting monitors.

If you can afford it, go all out to get the best graphic cards and monitor available to have the best of gaming experience.

If you can’t, 4K gaming is still available.

Top 3 Best i3 CPU for Gaming