12 Important Reasons Why Board Games Are so Expensive 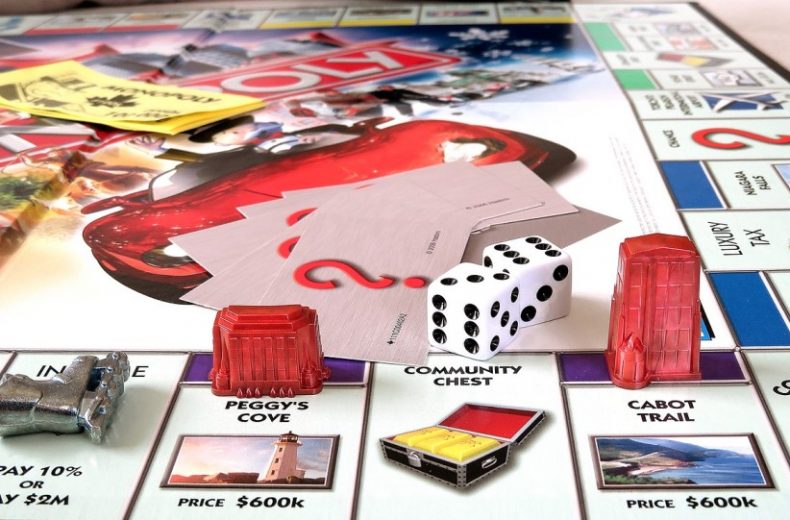 When people first get into board games, seeing the price tags on some of them can be a huge shock. Many people wonder why something so simple can cost so much money. It’s not like it’s a television or expensive sound system. It’s just a bunch of paper, plastic, and cardboard, right?

Why are board games so expensive? Board games are expensive because they cost a lot to design, manufacture, package, and ship. The writers need to be paid, as do the artists and the marketing people. Even smaller game companies have a lot of expenses just to create the games.

Believe it or not, making board games is not an inexpensive career. There is a lot of time, money, and talent that goes into creating something unique and fun that will appeal to a wide enough audience to make any money at all for the company. Between writers, artists, designers, and marketing people, there are a lot of hidden costs in making board games. Below, we’ll explore some of the reason board games seem so expensive.

It Costs a Lot of Money to Make Board Games

If seeing an $80 price tag on a board game makes you choke, it’s time to learn why it’s so high. Board games take a lot of time and talent to create. If you’ve never sat down to try and make a game, you may not realize the hours and effort that goes into it. Time equals money, as they say, and when games are in development, someone has to pay those bills… and it’s not going to be consumers! 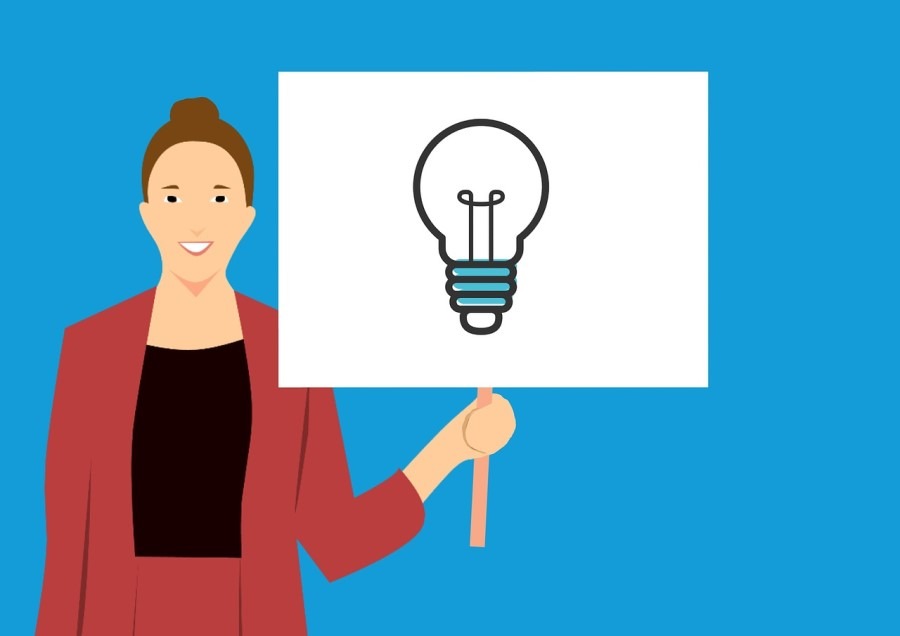 Even small game companies have writers, artists, designers, and other creative types that must brainstorm ideas and come up with viable board game concepts. The majority of game ideas never make it past this stage, yet the company still had to spend the time, money, and effort to pitch the ideas. They basically just worked for nothing. This stage can take months to even years. Imagine working for years and not getting paid—welcome to game designing!

An idea that gets approved after the pitching stage moves on to the development stage. This is where the bulk of the work comes in, and it also happens to be the part where nobody gets paid. If it’s a bigger company, the employees may get an hourly wage, but the company itself is still not making any money on this game. Ouch!

Designing games takes time. There are concept stories and art pieces to consider, in-game content to review, and teams of people working in tandem to make something cohesive out of a vague idea or just a few initial sketches. This stage can take anywhere from a few weeks to a few years.

There will be play-testers at this stage, which sounds like an awesome job. But chances are slim these people are getting paid to play. And the game isn’t even finished, so it might not even be fun yet.

And guess what? Many board games get dropped at the development stage, too. That means even more wasted time and even more work done for no pay. The game company is hemorrhaging money at this stage and not getting anything in return.

Marketing and manufacturing come around the same time, but a smart company starts marketing first. This is to help build some hype around the board game and see what kind of public interest there is. Sometimes this comes with crowdsourcing board games, other times it’s just regular marketing tactics.

Game companies have to pay the marketing team for their ideas, pitches, samples, A/B testing, advertisements, and a whole host of other costs. At this stage, the board game company still has made nothing off this new board game, but their bills are piling up.

Sometimes, new board games get rejected at this stage, too. By now, we’re looking at months to years of work from countless people, and the company has made nothing. An idea getting scrapped at this stage is a huge blow to board game companies, a total loss. If the marketing campaign fails, the board game will likely fail, too. Even though they’re losing money by scrapping the game at this stage, it’s probably less money than they’d lose if they went to production.

For the few games that actually make it to the manufacturing stage, this is where the biggest chunk of up-front money will come in. Remember, nothing has been sold yet. Everyone involved in making and marketing the game to this point has either been volunteering their time or has been paid an hourly wage. The company itself has still made exactly zero dollars on this game.

The game company will need to pay to have the board game manufactured. They’ll need to find a company that can print the cardboard map or play space, the cards, and someone that can 3D print or manufacture the game pieces in the traditional way. This doesn’t happen one board game at a time. Manufacturing companies demand orders of hundreds or thousands of units at a time. That’s money that the board game company has to come up with before they’ve sold a single game.

There’s going to be a quality control team and someone to recheck that, too. Did all the pieces get made? Did all the cards get printed? Does everything fit in the box?

We’re now looking at potentially years of work and tons of money from the game company, and they have yet to receive a single penny for their efforts. Likely, they’ve paid staff through loans or crowdsourcing, but the company itself is still in the negative.

We’re talking about thousands or hundreds of thousands of dollars at this point. The game hasn’t sold a single unit yet, but the game company has barfed money all over the place trying to make that dream a reality. None of the expenses above even factor in the shipping costs or the costs of a representative going store to store trying to sell a few boxes wholesale.

So, Why Do Board Games Cost so Much?

Board games cost so much because the game companies have already paid insane amounts of money to produce the game. You may be spending $80 or $150 on a cool-looking board game, but the game company had to pay for it first, and it was not cheap. In fact, self-publishing a board game can cost between $3,000 for a very simple card game to over $20,000 for something a bit more in-depth.

The really cool, big box, huge board games can cost even more to produce.

Game companies need to make all that money back, but they can’t expect gamers to pay too much up front. Let’s look at the math. If it cost $20,000 to bring a board game through all the steps above, and the game sells for $80 a pop, it would take 250 sales just to make back what they spent to create the game and get it on shelves. That’s a lot of sales, and there is no guarantee they’ll get them!

Of course, we need to be realistic here. When you buy a board game, the money doesn’t all go to the game designers. Unfortunately, just like music, books, and movies, most of the money you spend on board games goes to the store you bought them from. So, that $80 isn’t all going to the people who made the game. If they’re lucky, they may be getting half of that, usually much less.

That means it’ll actually take twice as many sales or even more to make back what they put into making the game.

What Are Indie Board Games? 9 Games to Try TODAY!

Why Board Games Are Worth the Cost

Yes, board games can be very expensive. But now that you see the process and the cost involved in just making them, we hope you’re a little more likely to buy board games. The people who make them are passionate about having fun and helping you have more fun, too.

Board games are worth the cost because you’re paying a one-time fee for a lifetime of fun. You can play that game as many times as you want, but still only pay that first initial cost. Can you say the same thing about a dinner out? Drinks on the town? Going to the movies with friends? There are very few things in life that you only need to pay for once, so embrace board games!

There are very few things in this world that you can share with friends and family without seeming weird. Don’t believe me? Try sharing your bowl of cereal with your buddy tomorrow morning and see how well that goes over. But seriously, sharing board games brings people together for a common goal. You’re bringing a bit of happiness, excitement, and fun to an otherwise potentially boring and ho-hum life.

One of my favorites for this purpose is the Firefly board game. Even if you’re not a fan of the show, this cool space game can be played in a bunch of different ways. You can work together or play against each other. Heck, it can even be played by one person. It’s versatile, interesting, and exciting.

You can go to the movies or a concert and support creativity, sure, but there are more ways to help creative people continue to be creative. Though board games can be expensive, you’re getting more than your money’s worth while also giving a creative person or team of people what they need to keep creating more. They’re not making games for themselves; they’re doing it for you and people just like you. Show your support by buying board games and you’ll be rewarded with even more games and more fun.

But that doesn’t only apply to kids and parents. Adult gamers are always learning and trying new things. Board games provide a safe and fun way to see new worlds, try new things, and learn. And who doesn’t want to be the smartest gamer at the table?

I love the Evolution games for learning and expanding my thinking. I suggest the climate version because it adds even more cool elements to help critical thinking and using your new knowledge to outthink your opponents.

Good for Your Brain

Believe it or not, board games have also been linked to a decrease in Alzheimer’s.

Cranium is a great choice for brain games and ways to enhance your thinking. This one gets your brain juices flowing and is a riot to play in mixed company. 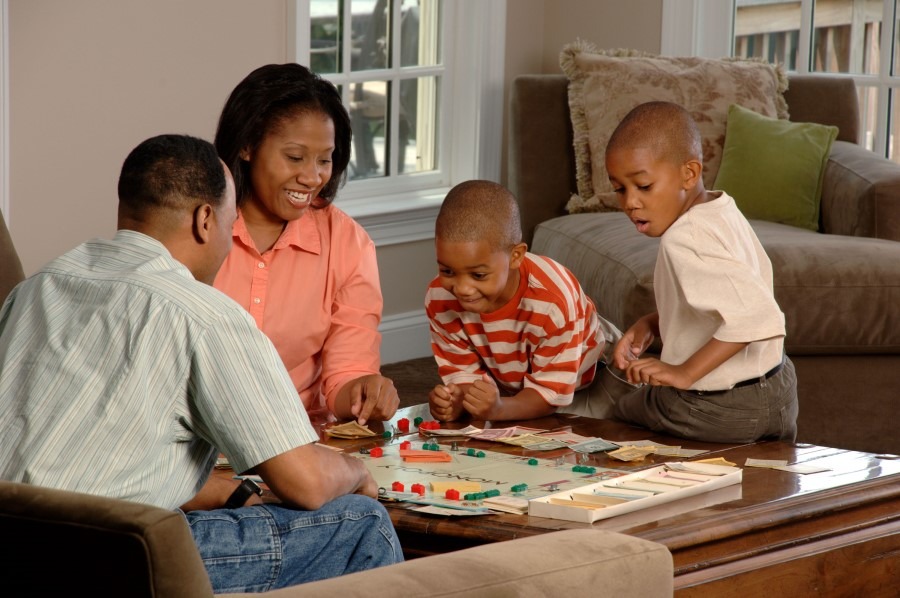 Modern life is terribly stressful, but board games can battle that! Playing games by yourself or with friends and family can release the “feel good” hormones from laughter and smiling and just enjoying something fun. Decreased stress can have profound effects on your body and your mind. Depression symptoms can subside, anxiety fades, and you may even have a reduction in heart rate and migraines.

Board games can be expensive, but there are good reasons why they are. A lot goes into creating unique and exciting games that can keep so many people entertained. Even more goes into creating games that you’ll want to keep playing over and over again. The next time you see a board game with a shocking price tag, don’t just set it down and run away. Think about the time, effort, and talent that went into making that game. Someone poured their soul into it and put it on a shelf for you. Give it a shot!

Is There a Difference Between Board Games and Tabletop Games?

7 Ways of How to Protect Wall and Floor from Darts